I flew out to Seattle for a long-time, good friend’s wedding the weekend after 4th of July. The wife and kids stayed home due to schedules, so it was a solo trip. Credit card points were used to book the flight and the hotel — a ‘free’ trip to party with old friends for a weekend in Seattle and wish an old friend best of luck in his new marriage. A highlight of the year.

Most of those traveling in from the NYC area for the wedding were staying at the Downtown Athletic Club, where a special rate had been arranged of around $240 a night. That is a good rate for Seattle in July — but a search on Expedia found an even lower price — $120 a night — or only 25,000 points/night, for Roy Street Commons — an eccentric-looking hotel in the northern part of town —  Capital Hill. It seemed to be pretty close to the wedding — being held at the Seattle Tennis Club; a short 5-minute Lyft ride away. [Click here for a review of the Roy Street Commons.]

How to Get Around

When I arrived at the airport, I had to figure out a way to get to the hotel in Capital Hill. I wasn’t renting a car and it looked like Seattle is a 30-minute drive from the airport. 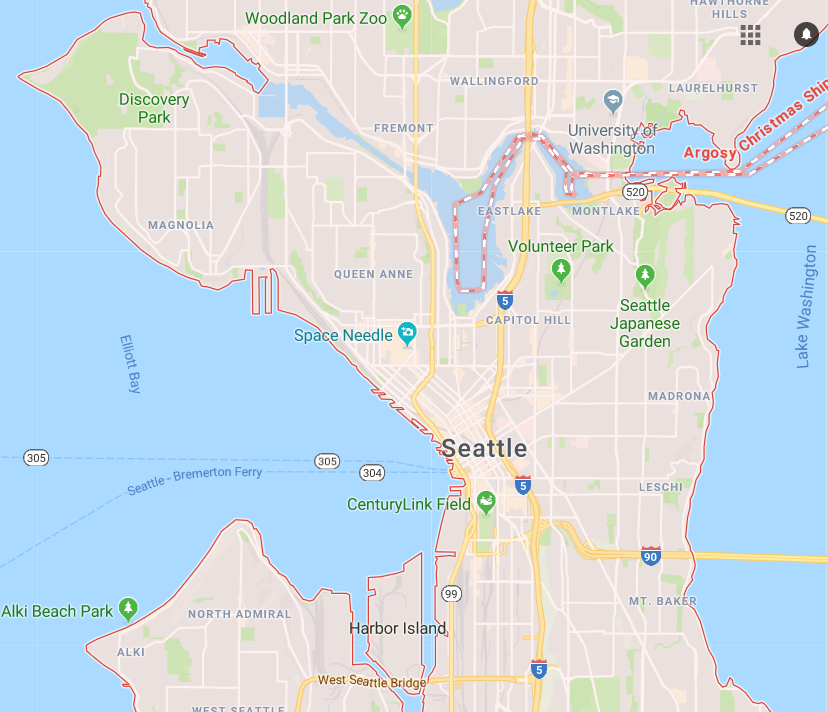 I found a train — Seattle has a subway that goes from the airport (above ground), through downtown Seattle (underground) and then up to an island north of Seattle where there is a University. So I jumped on the train, buying a one-way ticket, and I was at Capital Hill in 45 minutes. The cost was about $3.50 as I recall. 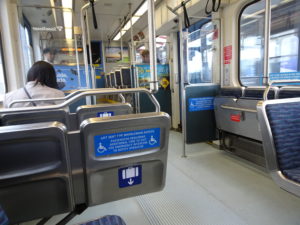 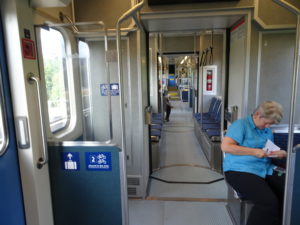 I used this subway throughout the next two days — getting back and forth to downtown Seattle where everyone else was. There is a bit of an honor’s system with the fare — you buy a ticket, but don’t register it on machines as you go into the train station — there are no turnstiles. I learned from reading the signage that metro train authorities do spot checking. So if you’re going only two stops from Capital Hill to downtown Seattle, you can gamble and just jump on the train for two stops. It’s a gamble.

Capital Hill is actually a long (30-minute) walk from downtown Seattle — I did this too — it’s a fun walk.

Other members of the wedding party who had brought their families with them and rented cars drove to different islands around Seattle, and took ferries to different places. This is a whole ‘nother vacation idea which I’ll have to try next time I’m in town.

Being at the Roy Street Commons, I found myself on Capital Hill. I soon discovered this was a hip place to be — nice restaurants; a couple of hipster coffee houses; even a record store. 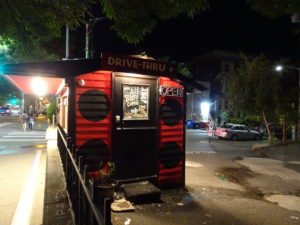 On the sidewalk of the main street of Capital Hill — every half block or so — are imprinted the dance steps to famous dances, for both male and female shoes. The steps are numbered — so you can put your feet in the shoe templates and learn the dance. 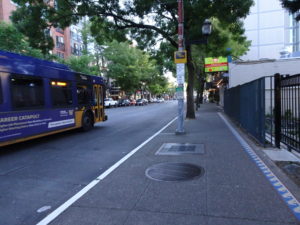 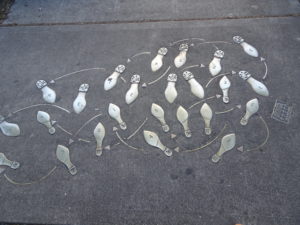 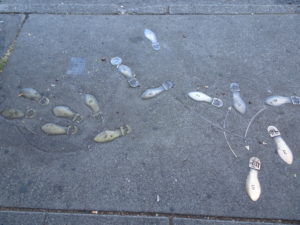 If you walk off the main street of Capital Hill it is a residential area of modest-to-beautiful single-family homes. There is a park — Volunteer Park — and near the park the houses are mansions.

There are parks all over the Seattle area. One large park a few blocks away from my hotel was Volunteer Park. In the early afternoon before the 6 pm Sunday wedding, I walked over to it. The first thing I noticed where the Redwood trees — more than one, right there in the park as innocuous as a Maple on the east coast. The park was full of people with all kinds of outdoor activities going on — children playing in a playground, people playing frisbee with their dogs.

My goal was to find the graves of Bruce Lee and his son Brandon, which a map told me were in a cemetery just north of Volunteer Park. Without much trouble I found them. The two are actively remembered as noted by fresh flowers and all sorts of beads on their graves. 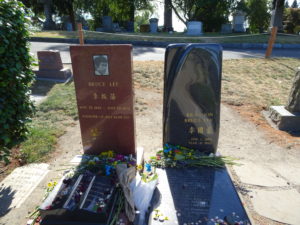 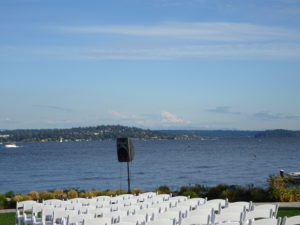 The wedding was held at Seattle Tennis Club on Lake Washington. Magnificent place; magnificent view of Mount Rainier. We had great weather for the wedding — 75 degrees and sunny. A good time was had by all; the wedding went to the midnight hour. 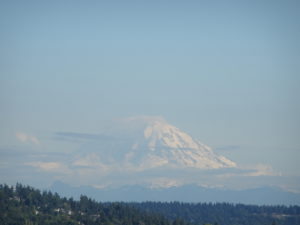 They say Seattle is on the left coast and I found this to seem true. On a Sunday morning sitting in a coffee house on Capital Hill two young twenty-somethings at the table next to me were designing on an iPad an anti-Trump protest sign. 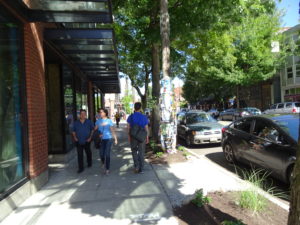 All of the light poles in the Capital Hill area were loaded with pamphlets and postings — moreso than you see in other cities. Free advertising and everyone is clued into it. 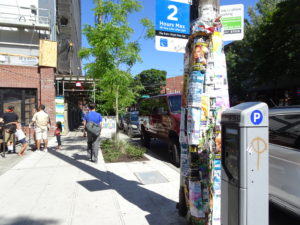 Many of the mansions (one out of every three, I’d estimate) in the Capital Hill area had a pre-made sign posted on their front lawn supporting Illegal Immigration. 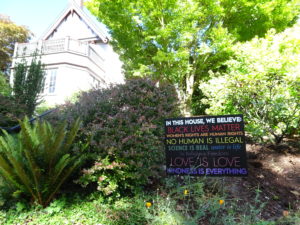 Downtown Seattle is loaded with homeless young people. Many no doubt homeless due to the huge drug problem. Some are homeless by design, suggested someone in the wedding party — they are young and able, and there to live the homeless lifestyle. In Capital Hill on a Monday morning I walked past a young guy sleeping on a cardboard on the sidewalk next to his 10-speed bike — a better bike than I have.

Capital Hill has its fair share of nice restaurants. I didn’t eat in any but can recommend a good beer place in downtown Seattle where we met up for drinks on two occasions.

Safeco Park is on the train line from/to the Airport and downtown Seattle. Easy to get to. 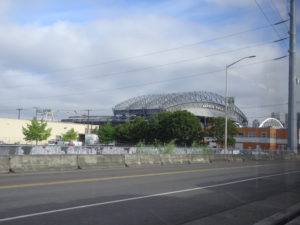 And just like that my time in Seattle ended. It was a fun wedding; celebrating with my friend and his new wife and seeing old and new friends — it was a highlight of the year. And so too was this very short but sweet trip to Seattle. A real fun trip.