An extremely popular pin on (the now public company) Pinterest ($PINS) is the one below. We posted this originally for its Stone wall — but many people save the pin due to the beauty of the Cherry Blossom trees, and some for the beauty of the Pagoda style building. It was linked to a tweet by a Russian TransSiberian railway as an example of why you’d take a train to Japan, but didn’t specify where this was exactly. 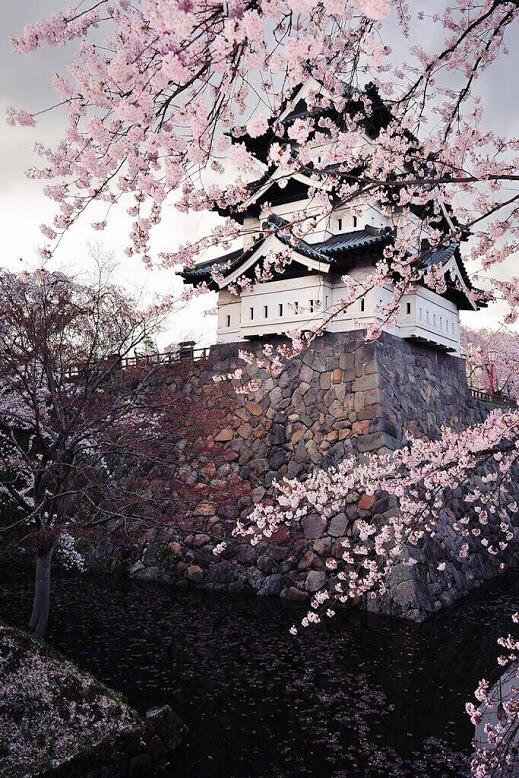 With some rigorous research — we have found that this is a picture of Hirosaki Castle in Japan, built in 1611, reconstructed in 1810. According to its current wikipedia page, the current castle was completed in 1611 — but in 1627, the 5-story tenshu was struck by lightning and destroyed by fire. “It was not rebuilt until 1810, when the present 3-story structure was erected, but at the southeast corner, rather than the original southwest location.”

Hirosaki Castle is quite like a number of castles built in Japan in the mid 15th to early 17th century, during a time of numerous wars in Japan. Powerful military lords known as daimyos fought to unify Japan.

It is said there are over 100 Japanese castles that still exist from this period, and people have made lists of the top 10 to visit. Hirosaki Castle makes most top 10 lists.

How to Get There

If you would like to locate this castle — on Periscope or in person — it is here — ironically if you look it up on Google Maps — the Cherry Blossom trees are identified: