In one week — from the last week of February to the first week of March, 2020 — the nation went from Coronavirus being a thing to ‘watch out for’ if you were in your 80’s or had underlying conditions like asthma, to being something that was extremely dangerous making large gatherings of 100 or more, or travel, not a thing to do.

I was part of a team trying to get users to come to our bi-annual Digital Transformation conference and User Group:

.. everything was going great and then — BAM. You turned around in the span of days, a week before the conference — and started asking yourself and the team — should we cancel this?

But with people flying in from Europe and Coronavirus warnings not having hit “stay at home” levels yet — it was a go.

And so on March 9th — with the ominous foreboding of Coronavirus all around — I took my normal Amtrak Northeast Regional from Iselin, NJ to Washington DC’s Union Station.

To be fair, just the day before — on Sunday, March 8 — I went to the Staten Island Mall to get a haircut. (It would be the last haircut I would get for a long while.) Everything was normal at the Mall. I stopped into the Apple Store in the Mall and it looked like this — a lot of people. 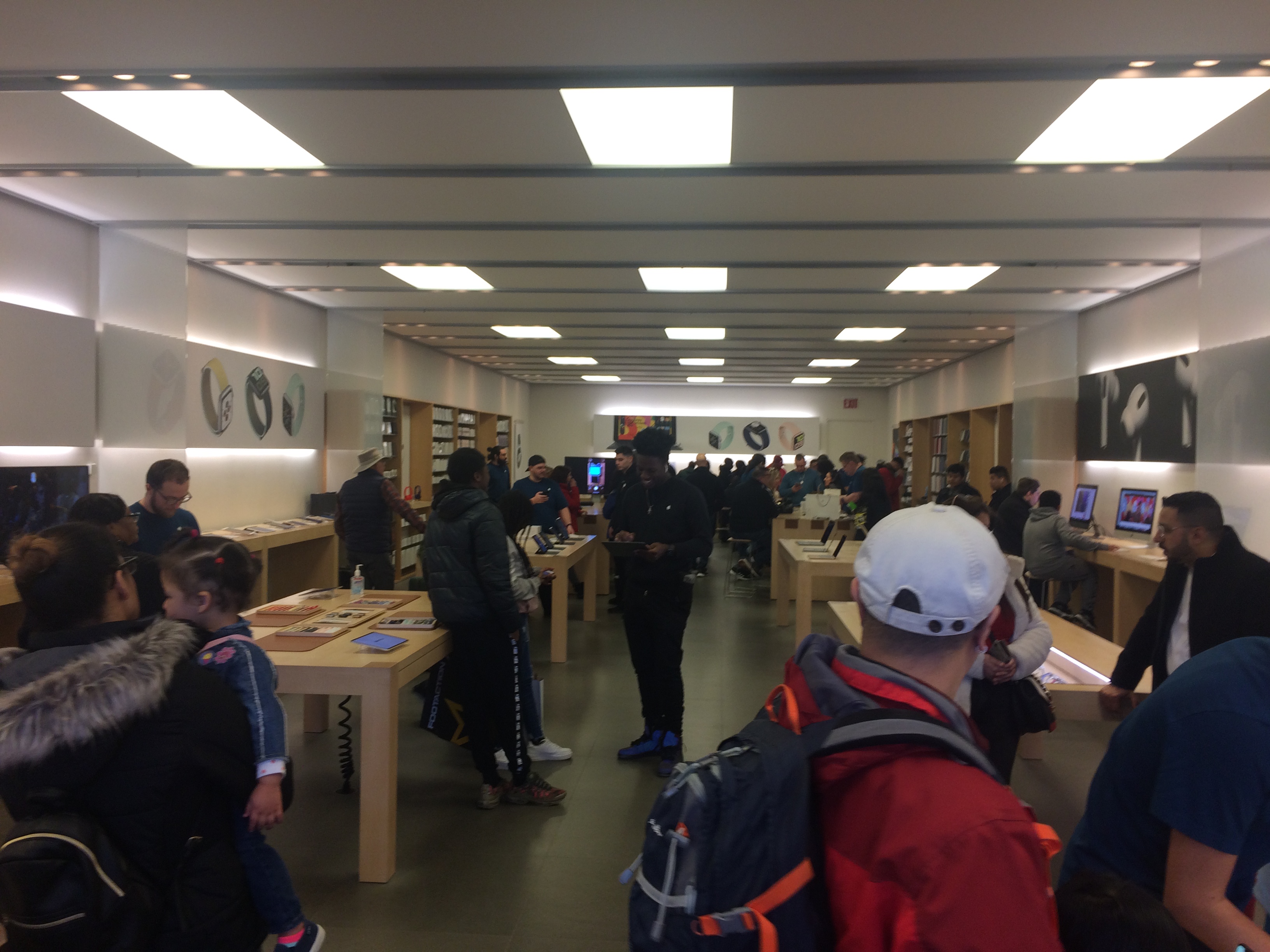 My phone had a smashed screen (I was waiting for a new phone to arrive in the mail but USPS had delivered it to the wrong address and it was returned; my second phone shipment had not come in time) — so it was unlikely the conductor’s scanner on the train would read the electronic version of the ticket on my old phone’s smashed screen.

With minutes to go before the train arrived, I reached deep into my wallet for my American Express Optima card which worked on the kiosk and printed out a ticket.

The Northeast Regional was 2/3 full — normally it is 95% full or completely full. 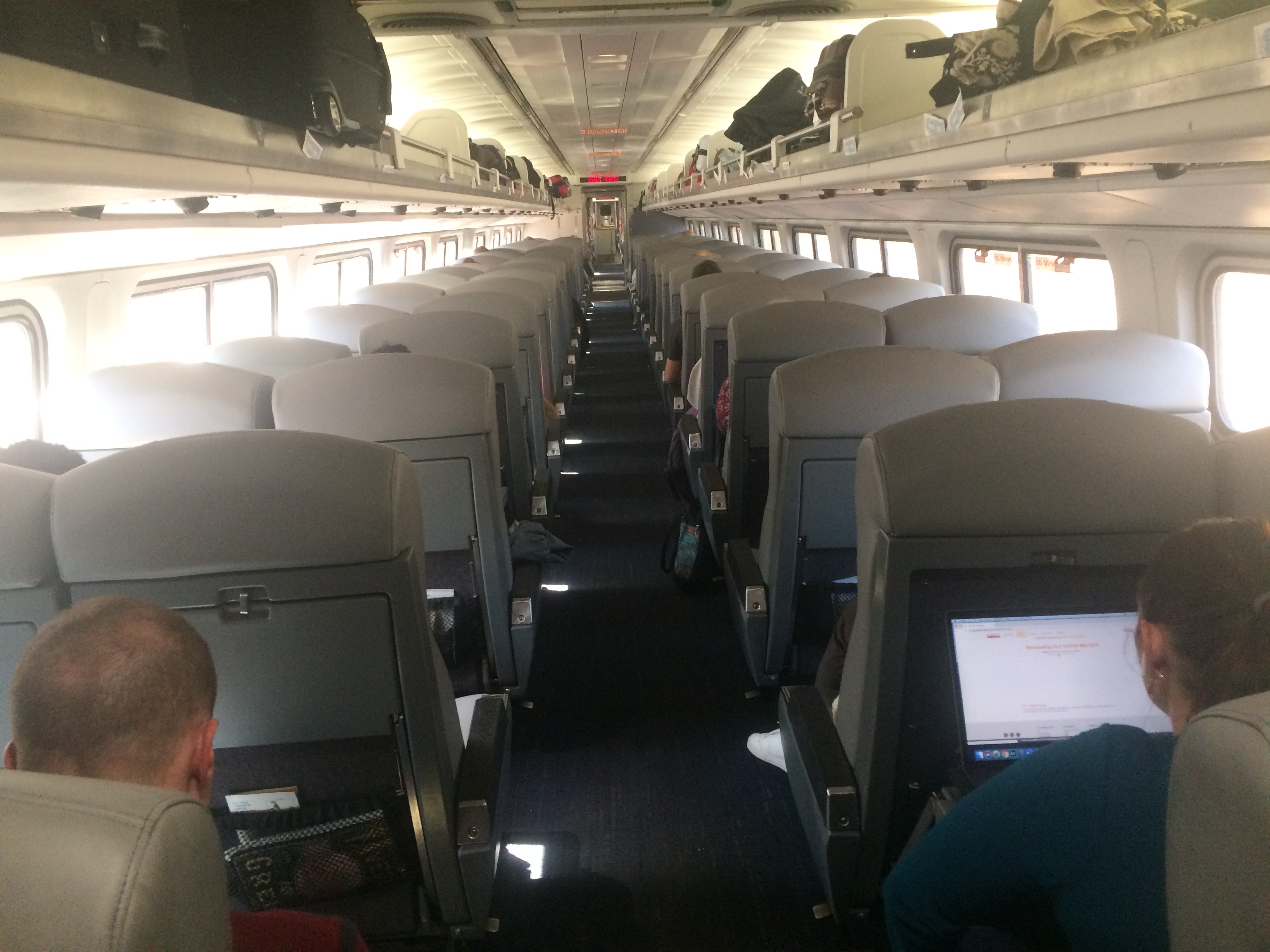 The train ride to Union Station in DC was uneventful. I noticed the bathrooms were much cleaner than normal with a strong smell of bleach disinfectant. 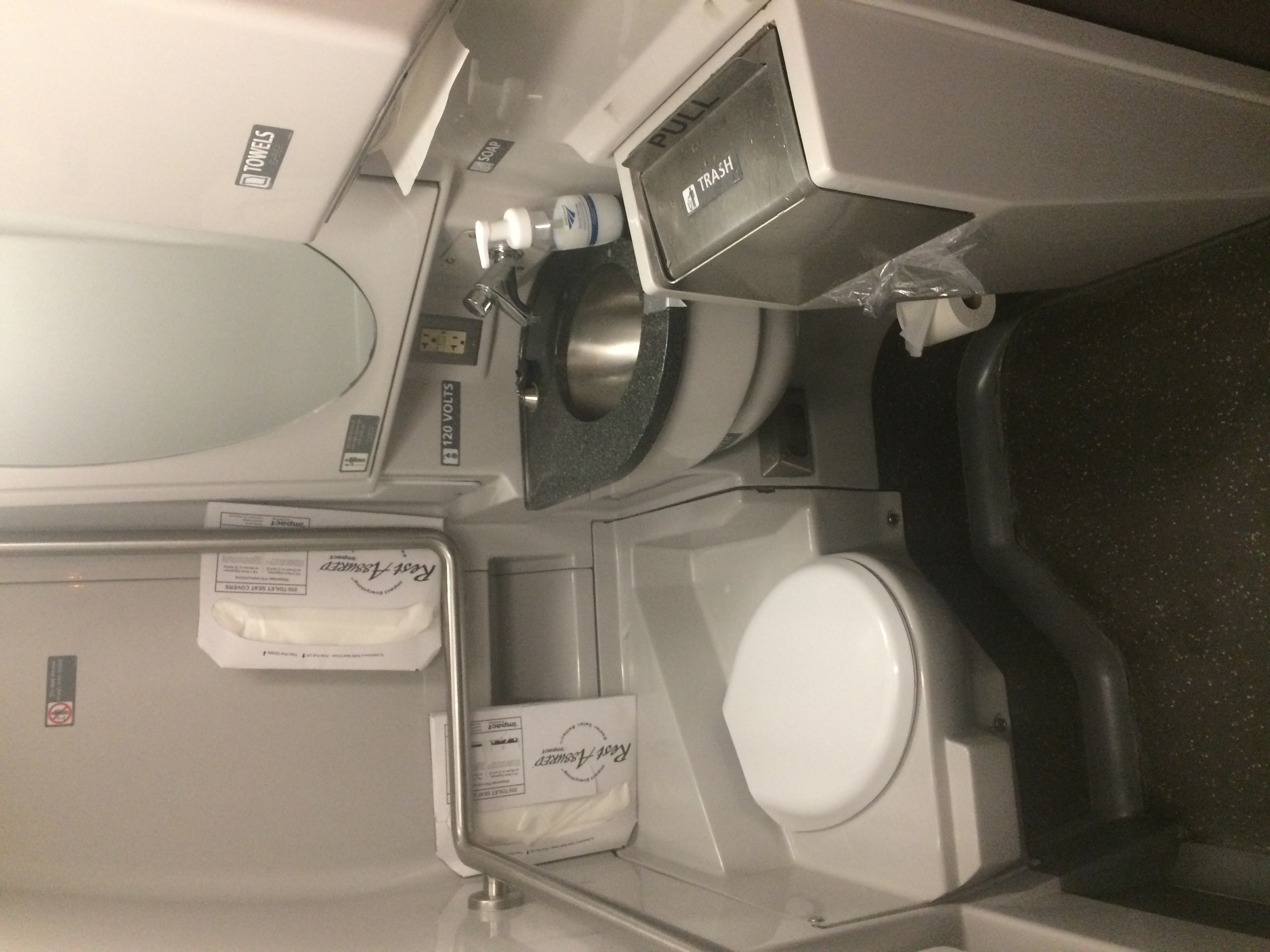 Once in DC, I took the Metro red line to the Silver line to Tysons Corner station, where I got off to get my fingerprints taken for a Security clearance. It was a prearranged appointment for 3 pm. That went smoothly and I was back on the Silver Line out to Wiehle-Reston East station, where I got off the Metro and took a bus to Dulles Airport, from where I take a free shuttle to the hotel in Chantilly, Virginia. 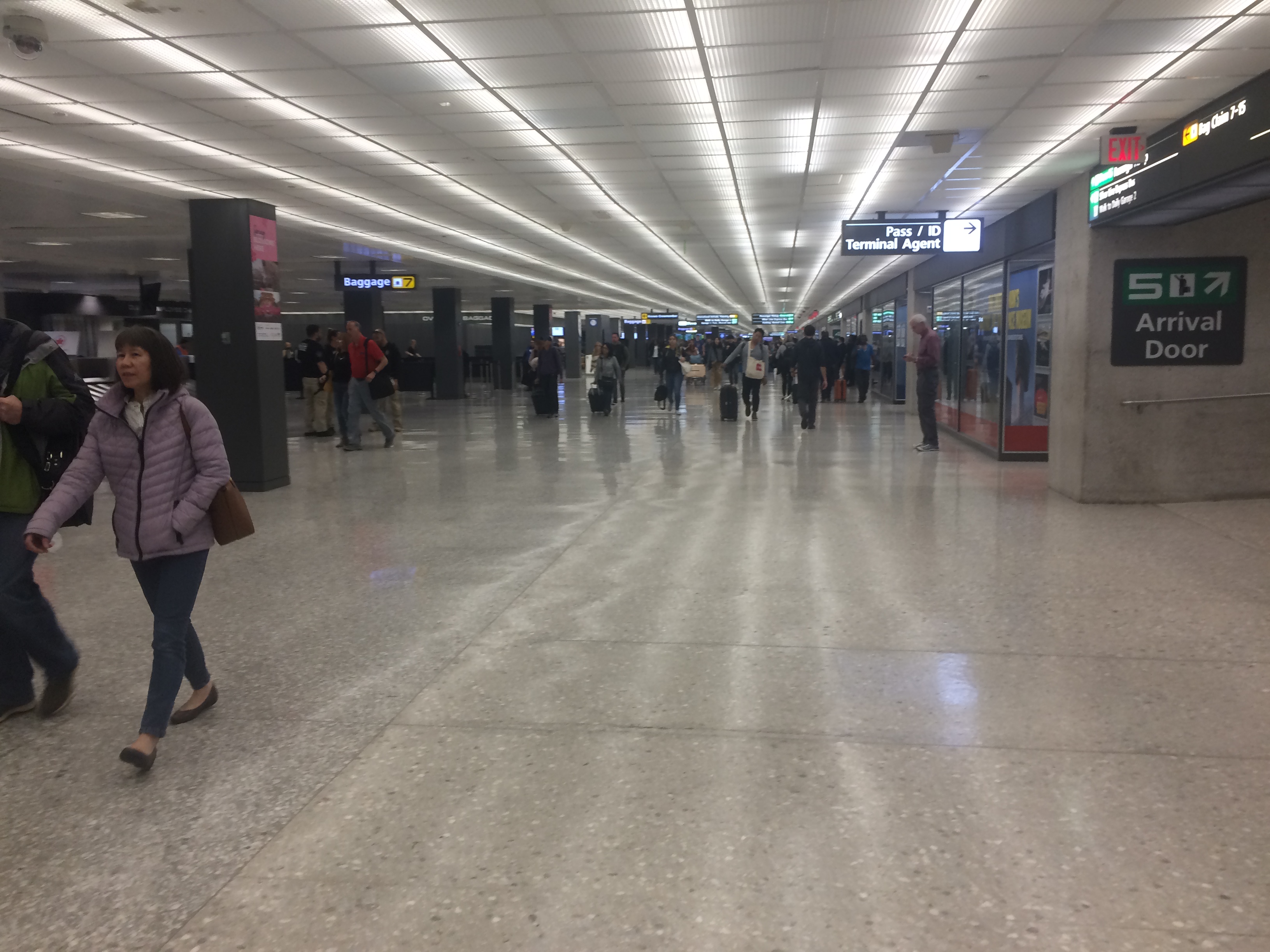 We had about 80 to 100 people at the conference — a room full of people. There seemed to be no hesitation by those who came down, including some of our most loyal customers. I don’t know what they were thinking inside of course. The government was giving instructions at the time to wash your hands as often as you could, and avoid hand shaking. Many people were making light of this — I must have shaken the hands of 100 people at the conference and the next two days of internal meetings.

Only one guy — a guy from our work team named Larry — did not want to shake anyone’s hand. He also had gotten his hands on a box of gloves and masks — and offered some to us — he was taking it very seriously.

Larry offered the masks and gloves to a group of 8 of us standing at the hotel bar the night of Wednesday, March 11. CNN was on the TV over the bar. I declined the generous offer. As we stood there at the hotel bar talking, a press conference came on wherein US President Donald Trump addressed the nation. During the conference, he announced he was closing all travel to and from Europe. It was like a bomb dropped in the room — as a number of guys were from Europe.

They soon got clarification that they could get their return flights on Friday — the borders would close on Saturday.

The next day — Thursday — we had our last day of meetings. During the all-day marketing meeting, I had an eye on the stock market which was plummeting by over 1,000 points. The meeting ended around 4 pm and I began my journey home. I had an 8:30 pm train out of Union Station — my old friend The Palmetto — a sleeper train coming out of Florida and the deep South of Georgia.

I took an Uber to Dulles Airport, and then it was back to taking the bus to Wiehle-Reston East, and then the Silver Line to the Red Line to Union Station.

Dulles again seemed normal. I saw my first people wearing masks — outside the airport a husband and wife about 40 years old — were putting them on before entering. 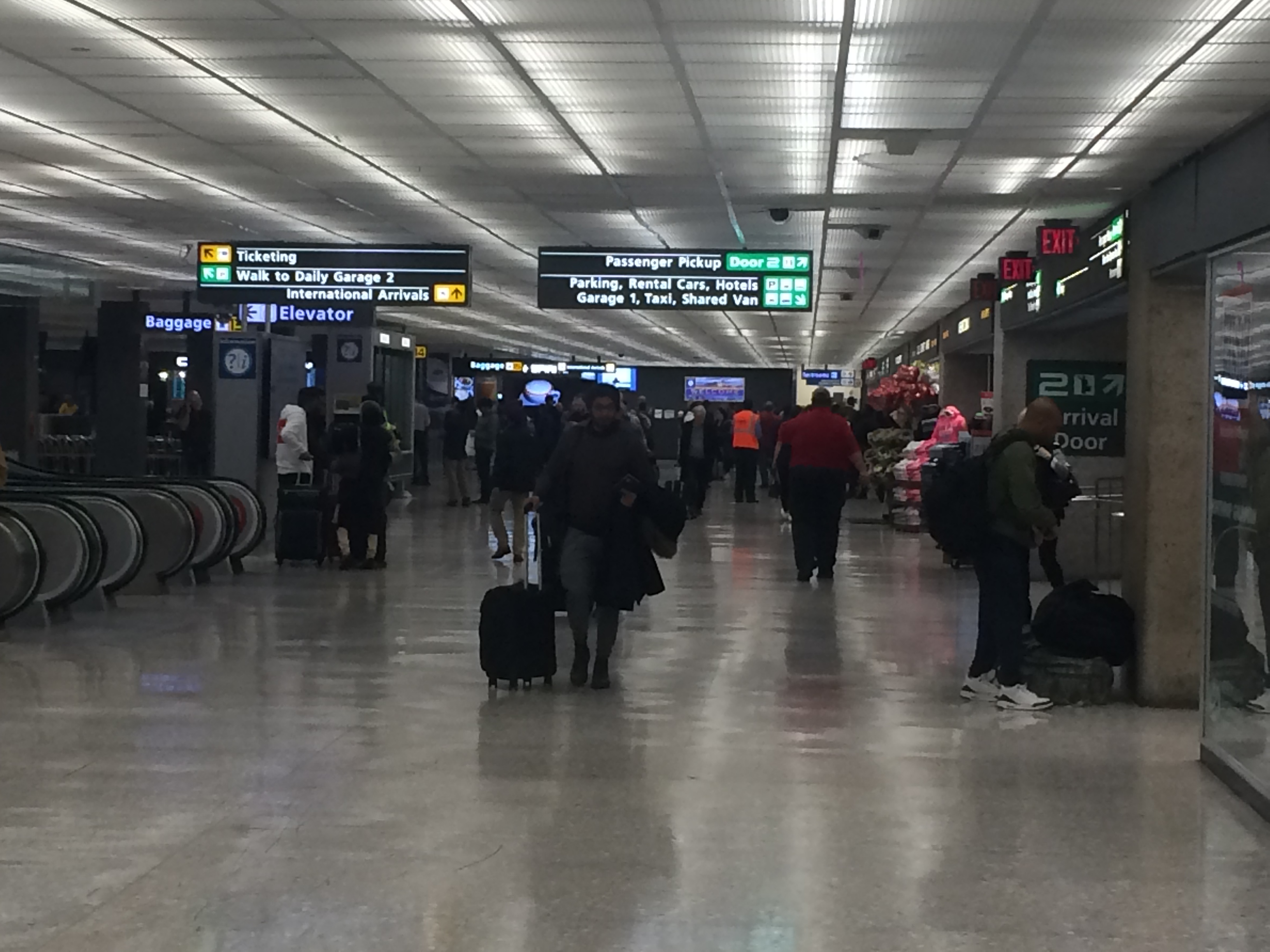 I used the bathroom at Dulles and ran into a decision point — by now the runs on toilet paper was making the news. There on the floor of one of the men’s stalls was a half-used roll. Decision: leave it there or pick it up and put it in the bag risking catching the Coronavirus — if someone with the virus had touched the toilet paper last. 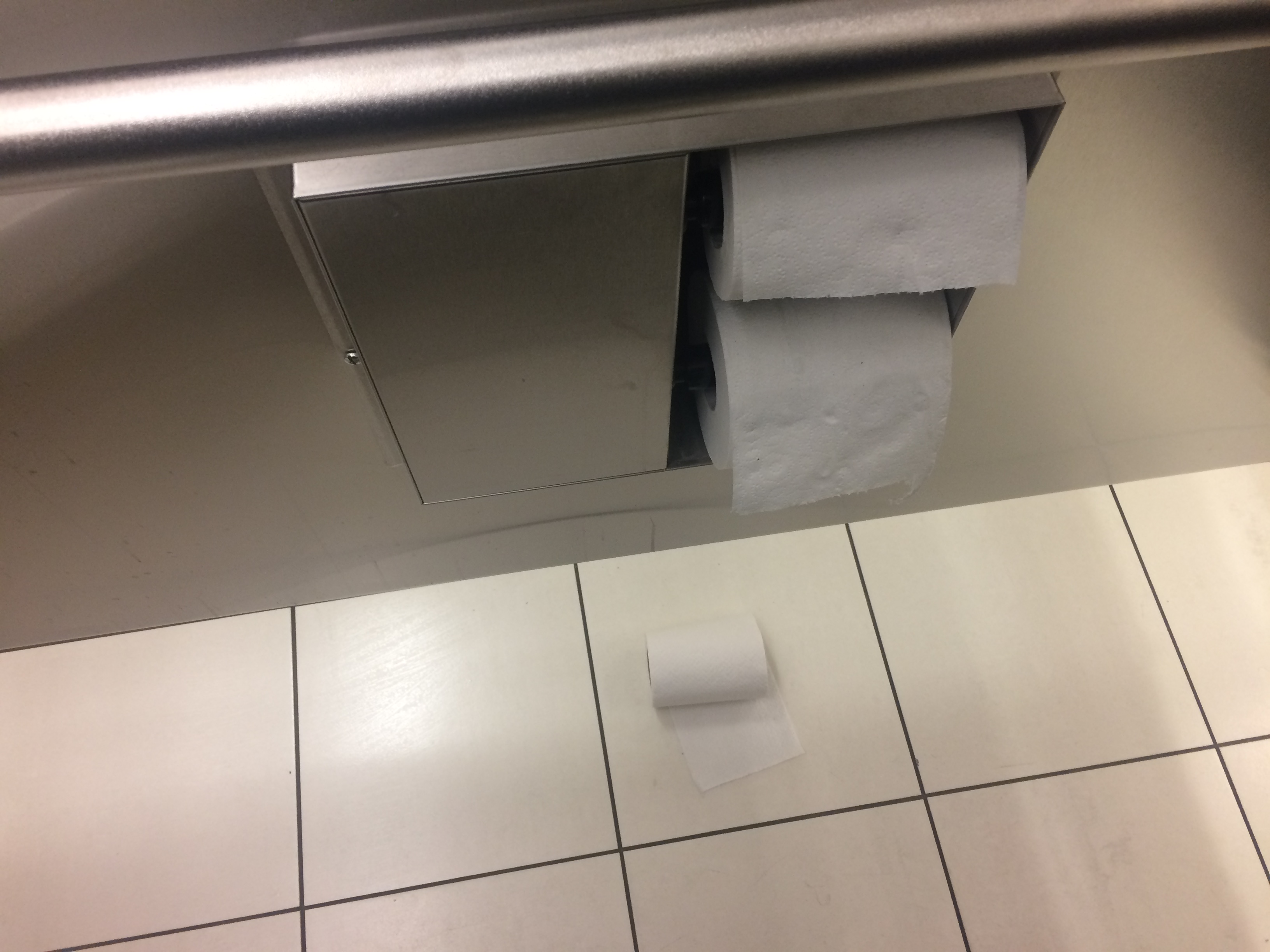 I put the roll in my bag.

I took the bus to Weihle-Reston and got the Metro Sliver Line to the Red Line — the Metro had a normal volume of people.

However, Union Station on Thursday evening, March 12th seemed much emptier than it normally is — I was beginning to see the effects of Coronavirus travel. 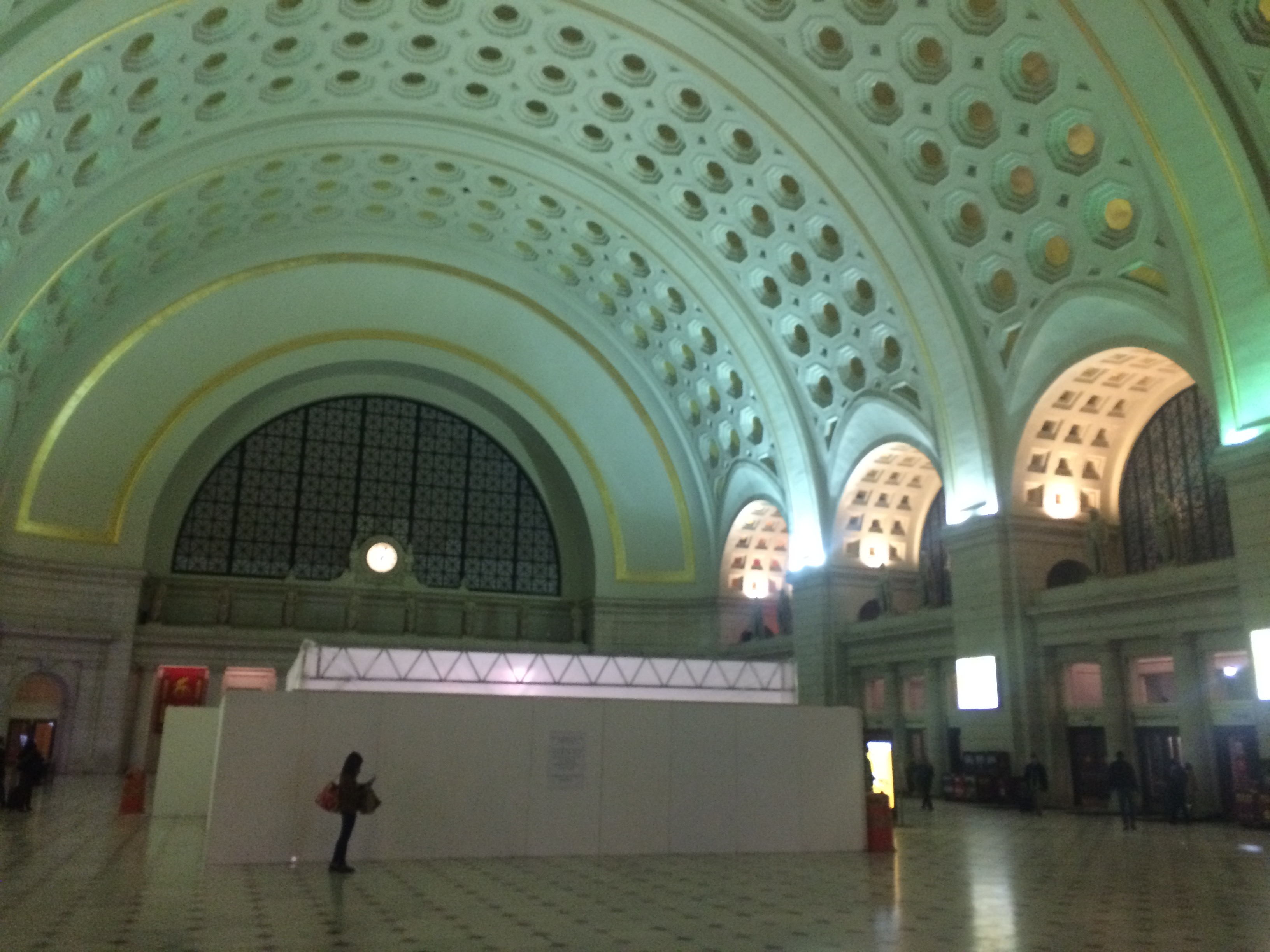 The Palmetto, coming out of the Deep South, it typically late. Sometimes as much as an hour late; sometimes it is on time — it’s a 50-50 shot that it will be on time. This evening, it was scheduled to be on time.

I bounced around Union Station until 8 pm when I returned to the Departure sign to find out what gate the Palmetto would be arriving at — it was at its usual J/K gate. 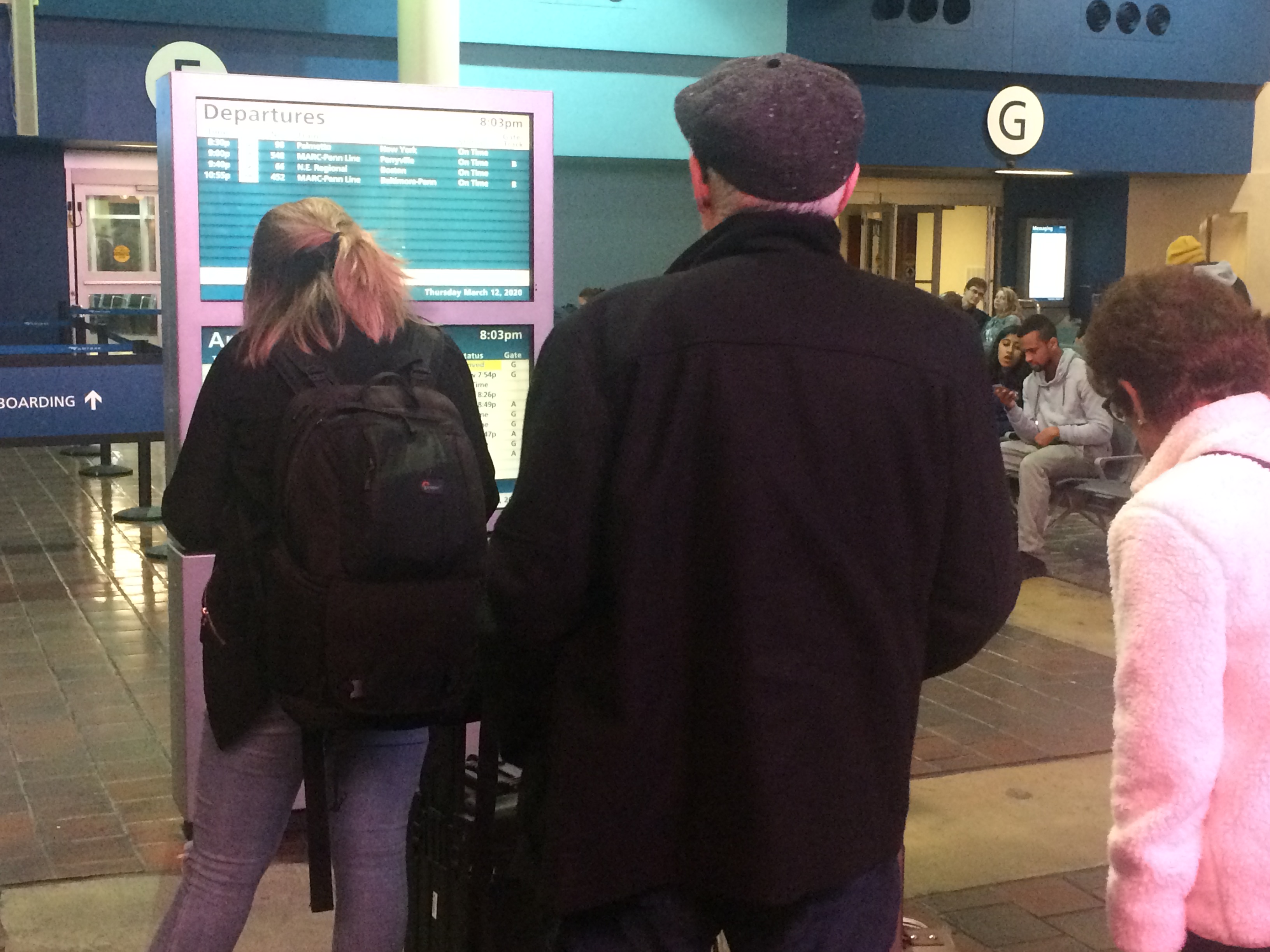 A normal line of people lined up for the train. 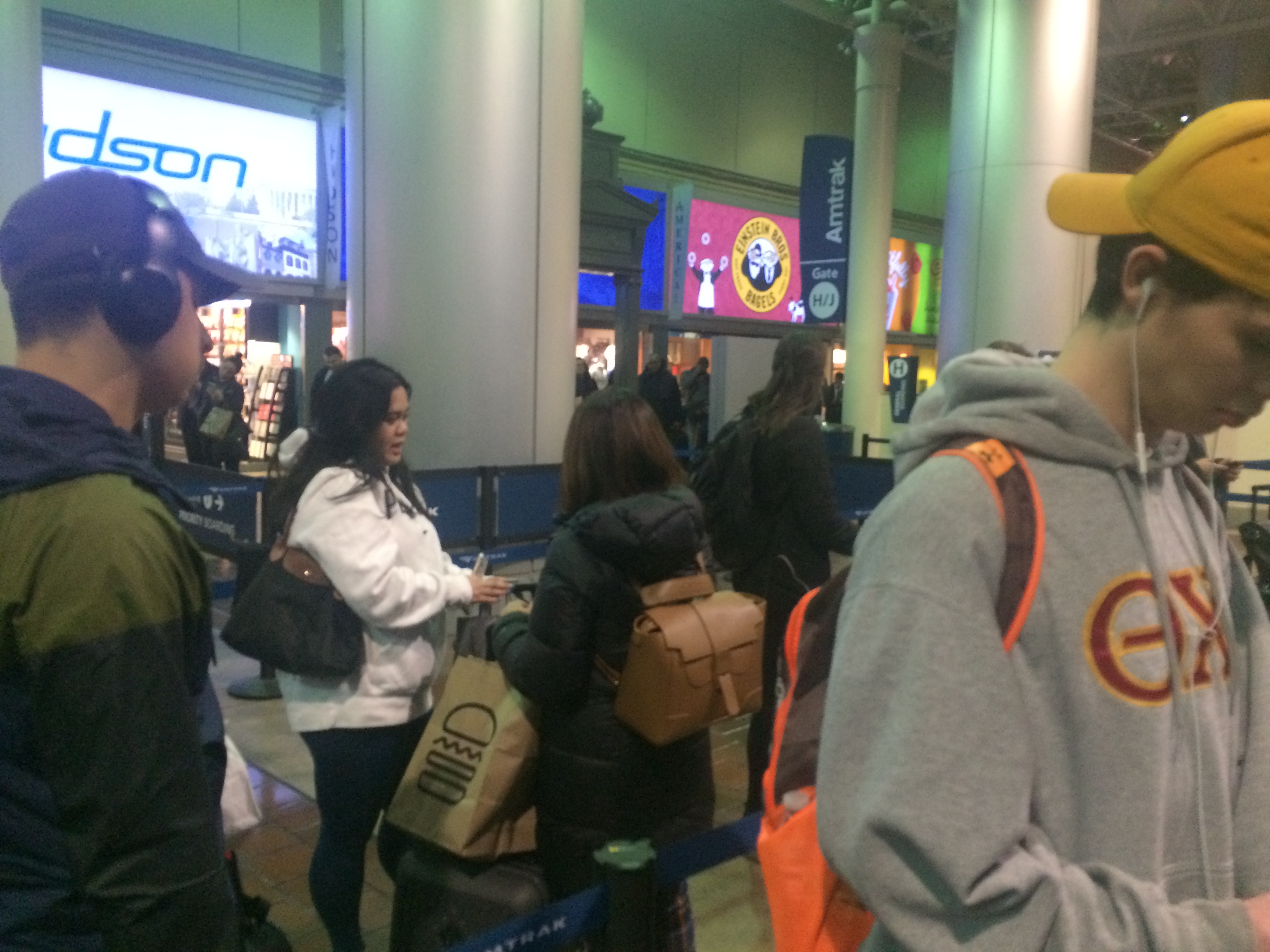 I boarded the Palmetto at 8:30 pm for the ride home.

It was in Union Station that I started to notice the funny taste in my mouth and throat and the slight dry cough I was developing. And the low grade fever that didn’t pick up on the thermometer the next morning. The funny taste was similar to if you bite a piece of skin off your thumb and it is on your tongue before you spit it out — but a hundred microscopic pieces that aren’t there if you run your teeth over your tongue.

By the next morning that funny taste seemed to be in my nose and throat — like a foreign film, and the dry cough and that low-grade fever that didn’t register. They all would be with me for the next 3 weeks, finally subsiding the weekend of April 18th.

The symptoms presented a completely foreign feeling — something I have never, ever felt before.

The wife (convinced I had it due to the dry cough) and kids (age 25 & 14) haven’t had the symptoms so maybe, maybe not. It will be interesting to take a test.